Boeing, a Better Investment Than Bitcoin?

Jim Cramer, host of “Mad Money”, gives his recommendations over bitcoin, the most popular cryptocurrency at the moment.

He advises investors to stick with a reliable oil stock.

Jim Cramer said:“Oil and airlines, they don’t mix. Jet fuel is the No. 1 cost for the airlines, so they shouldn’t be able to rally at the same time — unless it’s their stocks we are talking about”. He goes on to say that he “keeps highlighting the bizarrely bullish ways” in which stocks are traded and that they are very obvious, such as this “simultaneous move in the price of oil and the airline stocks”.

Shares of Boeing also benefited from the effects of rising oil prices, getting a boost due to airlines buying new jets that require less fuel from Boeing to minimize their fuel costs.

Cramer is confused as to why the market is so fixed on bitcoin, a volatile digital asset, when there are stocks with actual gains like Boeing.

When asked by two Wall Street brokers his opinion on bitcoin, he replied that Boeing was a much better investing options.

He goes on to relate that he was taken aback by their contempt after suggesting that Boeing is a better investment than the cryptocurrency.

Friday is the unofficial date that marks the beginning of the earnings season, big banks J.P. Morgan, Wells Fargo and PNC Financial have already reported their quarterly business figures.

But Cramer is aware that the fourth quarter is a more chaotic time for financial companies, so he prepared investors for the big day.

He states that he is not trying to predict which banks will perform well and which will fail. “I simply want to help separate the signal from the noise so that you’ll be in a position to understand what’s actually happening as it happens.”

When the tax bill passed in December prompted major city lenders like Citygroup to make one-time, multi-billion-dollar charges to offset future taxes. His primary concern is that these actions will have a negative impact on how their earnings will look.

With Jim Cramer’s stance on bitcoin investments and the overall refusal of market participants to migrate their funds into other stocks, such as the suggested Boeing, we are left to wonder what the cryptocurrency industry will look like in the future.

Dogecoin Buying Methods | How to Buy DOGE on an Exchange
According to the underdogs, Dogecoin cannot be stopped. Others claim that it is doomed to collapse. Although this contentious...
Published under:
Crypto News
Read More
We Recommend
Advertisement
Advertise with us
Project Reviews 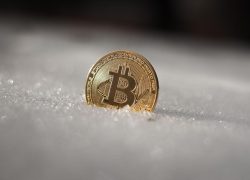